As an international trading partner for network hardware, Cybertrading GmbH not only focuses on IT technology and its sales, but is also interested in regional sporting events. So we are glad as a sponsor just all the more that 1. FC Magdeburg plays in professional football in the third division. 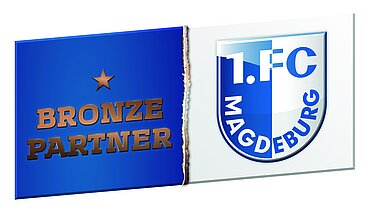 The Magdeburg football club (1.FCM) was founded in 1965 by the spin-off of the football section from SC Magdeburg. The traditional club is one of the most successful clubs in East German football and has won three times the GDR championship title (1972, 1974, 1975). Another seven times the 1st FCM has won the national club trophy FDGB-Pokal. The biggest success in club history so far, the FCM could win by winning the European Cup Winners Cup under coach Heinz Krügel in 1974 and is thus considered record cup winner of the GDR. This success story has made the club known beyond its national borders.

Probably the greatest sporting success was in 2018, the rise as champions of the 3rd league in the 2nd league. The state capital was dipped in the club colors blue and white and the fans have celebrated their team due. Here you can find further information to the club history of the 1st FCM.

We keep our fingers crossed for the new season and look forward to more exciting games! 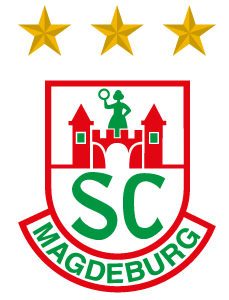 The SC Magdeburg is one of the most resonant names in German and international handball. The traditional club can look back on a considerable history with numerous title wins. Not only in the GDR, the club made with ten DDR championships and four FDGB Cup victories sit up. Even after the reunification of the club with a German championship (2001) and two DHB cups (1996 and 2016), the German handball history. But also across the country's borders successes could be celebrated. In addition to the EHF Cup victories (1999, 2001 and 2007), the successes in the European Cup of Champions (1978 and 1981) and winning the Champions League in 2002 are among the biggest successes in club history.

We look forward to exciting games and hope that one or the other trophy can be added to the title collection. 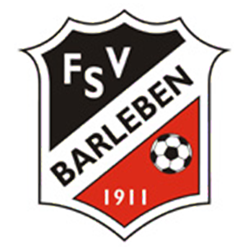 With its headquarters in Barleben and the joy of football, the Cybertrading GmbH is also interested in the FSV Barleben and occurs here also as a sponsor. After the club was founded in 1911, it later belonged to BSG Motor Barleben and played in the district league the GDR. Since 1997 the association is again FSV Barleben 1911. In recent years the FSV then continued on to a sporting heights. In eight years, the team was five times to ascend. Currently the FSV Barleben is represented in the highest league of Saxony-Anhalt. 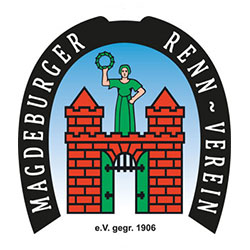 Equestrian sports were highly appreciated hundreds of years before Christ and are now one of the oldest organized sports. This sport is also very well received in Magdeburg - the first horse race took place in the state capital as early as 1838. Interest in thoroughbred racing was aroused, so that the Magdeburger Renn-Verein e.V. of 1906 was founded. Exciting racing days with trot and gallop races in the beautiful Herrenkrug await sports enthusiasts or visitors to the city of Magdeburg.

We have already a strong connection to our region and want to keep the racecourse attractive, so we are happy to support the club as a sponsor. Further information on the history of the racing club can be found here: https://www.galopprennbahn-magdeburg.de/

On the right track is the TTV Barleben 09, who won the district championship in the season 2014/2015. As a new sponsor, we will thus have not only the round leather, but also the round plastic balls at a glance. 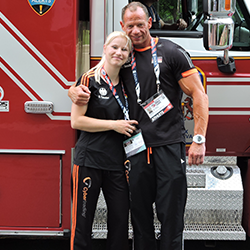 We also support Dirk Fleischer who cares not only as a policeman in Magdeburg for our safety, but also regularly participates in the World Police and Fire Games, which are regarded as the world's biggest competition. Already seven times he was on the podium and was champion for three times. Our logo on his track suit and his wife always accompanied him there.