YouTube, What's App, Facebook and the like, hardly any young people don’t know or use social media like these. Such platforms open doors to another, virtual world. But what exactly does that mean? How do you behave in such a world and what dangers does it hold?

Especially in everyday school life, pupils are often exposed to different challenges in connection with the internet. Insults via social networks or the contacting by "friends" are dangers lurking in the virtual world. The victims of so-called cyberbullying often withdraw, become shy and fearful. Their self-esteem also suffers greatly. In the worst case, they become psychologically traumatised, develop anxieties or depressions requiring treatment. The consequences can have a major impact on the development of children and young people.

The Kinder- und Jugend Sicherheits-Team LSA e.V. is committed to the prevention of violence and abuse on the internet on a daily basis. In special media competence trainings children learn to recognise dangers in the digital world in time and act accordingly. In order not to become a victim or perpetrator of cyberbullying, children are taught targeted action strategies and behaviour patterns. The correct handling of personal data and conflicts on the Internet is also sensitised during the training. The aim is to strengthen the children's self-esteem and to positively influence the classroom climate.

To give the children a safe start in the media world, Frank Niemann, managing director of Cybertrading GmbH, decided to support the association with a set of Samsung tablets. This not only makes the security training courses more vivid and realistic, but also has a lasting positive effect on the results. 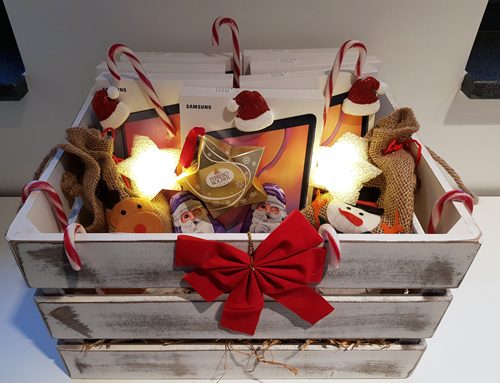 As a premature Father Christmas gift, Frank Niemann handed over the tablets to Mr. Andreas Heilemann and Mrs. Ellen Hase from the KiJu team at the Fritz Heicke secondary school in Gommern on Friday, 04.12.2020. A media competence training took place at the school one week before. During the cosy get-together, experiences and impressions were exchanged while the Father Christmas presents were unpacked with great excitement. 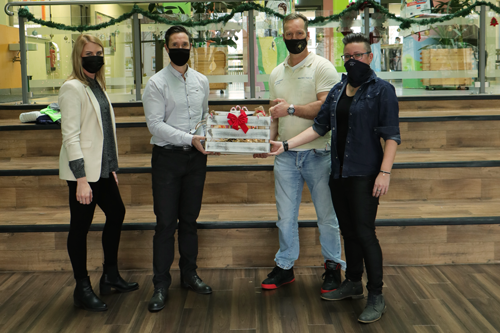 Would you also like to help in the fight against cybercrime? Then you are cordially invited to support the association in this project with a donation. 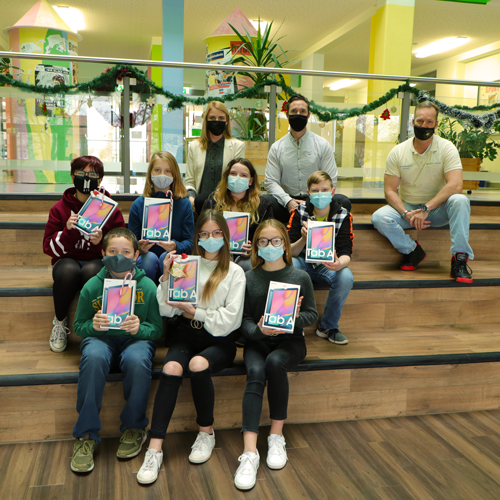