A milestone for the preservation of our Earth was already created in the 1970s. On 5 June 1972, the first United Nations conference, the World Environment Summit, was held in Stockholm to protect the environment. This set the course for a global environmental policy. Officially, the United Nations Environment Programme proclaimed this day as a day of environmental action, and just four years later, the Federal Republic of Germany also declared 5 June as its annual "Environment Day". A day that is still gaining in importance for many people today.

But what exactly is it about?

In addition to the UN, around 150 nations worldwide participate in this event, which is intended to raise awareness of the fact that it is primarily human beings themselves who threaten the diversity and stability of the environment. With various events, actions and measures, people are encouraged to take action instead of just reacting.

Each year, the focus is on a different Host Country and a different motto that addresses a global environmental problem of our planet. This year's theme is entirely devoted to biodiversity - Ecosystem Restoration. Preserving and restoring biodiversity is one of the greatest challenges of our time. A dramatic extinction of species can be observed, even here in Saxony-Anhalt. About a quarter of our native animal and plant species are threatened with Extinction. The loss of these ecosystems threatens the livelihoods of us all.

Protecting nature is therefore a task that concerns us all. The topic of sustainability is also becoming increasingly important and relevant in the IT industry. For us, Cybertrading GmbH, the reuse of IT products is becoming more and more important, because refurbishment not only eliminates environmentally harmful disposal, but also conserves scarce resources such as precious metals and rare earths.

For this year's Environment Day, we would like to do our bit to preserve our region's ecosystem and decided to plant a butterball tree seedling in Salvador-Allende-Strasse near Magdeburg Zoo as part of the City of Magdeburg's "Mein Baum für Magdeburg" project. This tree represents the first step on the long road to restoring our ecosystem. Due to the weather conditions, planting will not take place until November of this year. We are curious and will keep you up to date!

We live Green IT! 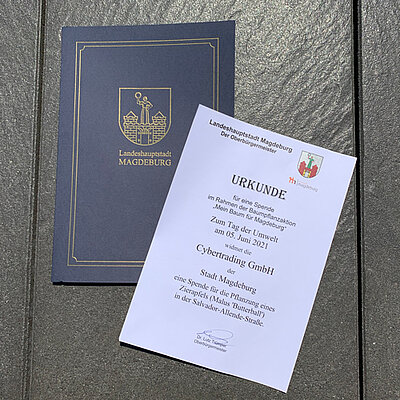 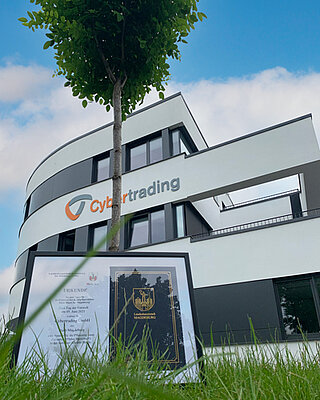